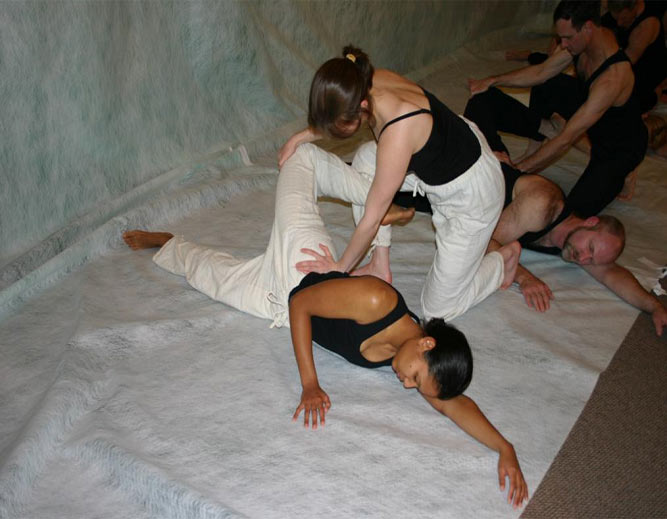 Letha Yoga, according to His Holiness Halin Sayadaw and Homalin Sayadaw (the last abbots of the respective monasteries on the border of the northern India and Burmese border) means “partner-assisted yoga” , “yoga for lower caste or outcast people” or “yoga for menial and manual workers.”  Developed by the diverse hill tribes and monks living in the high Letha Mountain Range, which lies between northeastern India and northwestern Burma, it descended slowly to be discovered by lower tribes in other areas of Burma.  Local monks and village elders passed down the knowledge of the system orally.

Letha Yoga is accomplished with the aid of a partner.  Each adjustment technique has its origins in the asanas (postures) of Hatha yoga. Letha Yoga stretches large and small muscles, lubricates the joints and increases range of motion, aligns internal organs and removes wastes, provides circulation, and regulates flow of energy with the release of emotional stress.