The American Bando Association is a non-profit organization dedicated to honoring American Veterans and to the preservation of the Hanthawaddy Bando martial arts that originated in Burma (known today as Myanmar).

The ABA does not condone war, but pays special tribute to those who fought for freedom. For the last 50+ years, members of ABA have made special efforts to recognize and honor all servicemen and women on Memorial Day [May], Veterans Day [November] and VJ Day [August].

{His Holiness the Venerable Amarapura Sayadaw, 1910} 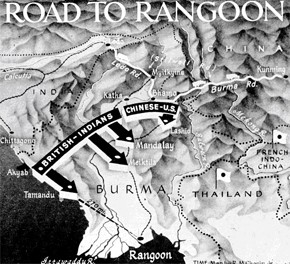 During WWII, Burma became a major battlefield between the Imperial Japanese forces and the Allied forces {Great Britain, USA, China and India}.  Japanese military ambition was to conquer India and China by using Burma as their military base for attack and also blocking all assistance to China.  The countries involved in this theatre were the British, Americans, Chinese, Indians, Gurkhas, West Africans, Japanese, Koreans, Okinawans and Manchurians.  There were also Burmese, Kachins, Chins, Shans, Mons, Arakanese, and other tribesman. Many battles fought in both northern and southern Burma involved jungle warfare and close-quarter hand-to-hand fighting.  Burma became the testing ground for many of the combative arts of the Indians, Kachins, Karens and other tribes.  There was active exchange of martial techniques at various training camps and among various troops and tribes.  It was noted that the Japanese suffered their largest land defeat during WWII in Burma.

After WWII, ex-servicemen introduced many Asian martial arts systems to the United States from the US Army, Navy, Air Force and Marines. Thousands of Americans served in the China-Burma-India Theater of the Pacific Theatre of WWII. Mahasayaji Gyi felt that the Americans and the Allied Forces, who had fought and died in the Burma Campaign against the Imperial Japanese Army, should be remembered and honored.

Therefore, in 1967, Dr. Gyi established the American Bando Association [ABA] as a private, non-profit martial arts organization for the purpose of: 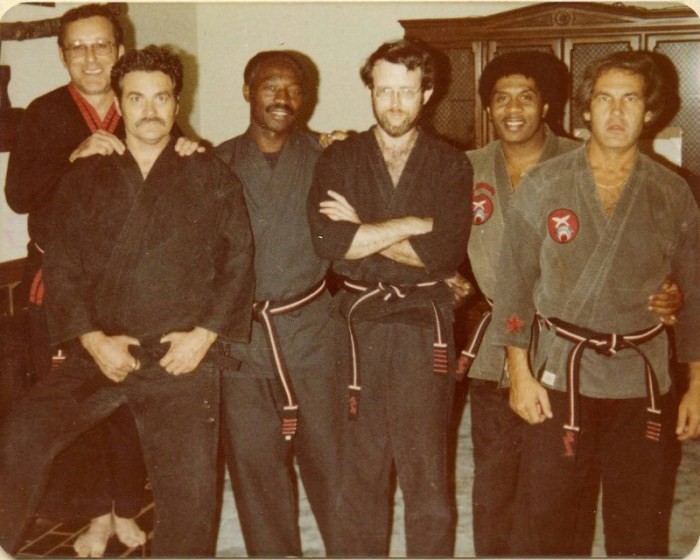 The American Bando system as practiced in the United States is influenced by the systems of many countries including 1] WW II combative techniques of the 10th Burma Rifles, 2] Japanese systems taught in Burma during their occupation, 3] ancient Chinese systems, 4] ancient Indian systems 5] ancient Tibetan systems, 6] ancient Mongolian systems, 7] both ancient and modern martial systems of Thailand, 8] American and western systems of boxing, and many others.

During the past half-century, Mahasayaji (grandmaster) Dr. M. Gyi has translated numerous old documents from his father, U Ba Than Gyi, and many other elders and masters of Burma.  Through translating these documents, Mahasayaji Dr. M. Gyi has added to the original curriculum that was first established back in 1966 and raised up a cadre of senior students who are now Masters in their own right. Mahasayaji Gyi also knew that for the American Bando Association to survive and thrive, numerous changes, adaptations and adjustments had to be made.  Any system, which is not willing to change and improve, becomes obsolete and cannot survive in the highly competitive American society. Old Bando systems, which were considered obsolete, had to be upgraded, reformed and restructured.

Through the past 30 years there have been many changes and improvements to the ABA. In 2006, Mahasayaji Gyi appointed 9 animal masters in charge of carrying on the 9 unique Bando Animal Systems by teaching and overseeing the training specific to each animal. In 2009, Mahasayaji Gyi appointed directors to the 7 various divisions within the ABA.  Those divisions include the Bando Animal Systems, the Bando Kickboxing System, the Bando Free-Fighting System, the Bando Weapons Systems, the Bando Naban (grappling) System, the Bando Monk System and the Bando Yoga Systems.  These directors are charged with overseeing the instruction advancement of skills and levels of certification [student, instructor, master] in their respective divisions.   A typical student is usually exposed to all facets of instruction in the ABA although many schools specialize in only one or two areas of focus.  The Bando system today is extensive and diverse with areas of focus that range from the combative harming in the kickboxing systems to harmonizing and healing of the Monk and Yoga systems.

The ABA holds three major annual events upholding their mission of honoring veterans of China-Burma-India Theatre of WWII, the Korean War and the Vietnam War.  These events are held annually on: