As he pursued the laborious process of systematizing this huge body of evolved knowledge, U Ba Than began to realize that, despite varied origins, purposes, outward manifestations and historical contexts, all martial systems shared, at their root, certain immutable and common principles. He also noted that there was an inevitable overlap between related (but not identical) systems. 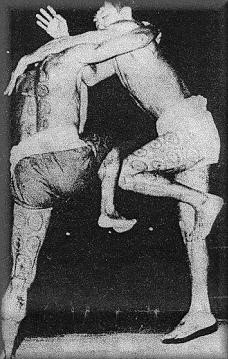 For example, the Cobra and Viper shared many similarities, as did the various cat systems, such as Black Panther and Tiger. It was just this sort of organization of previously disconnected and inchoate knowledge that was U Ba Than Gyi’s great contribution, achievement and breakthrough.  U Ba Than asked this question: How do we share this knowledge with other interested individuals in a limited time? Many of the systems included as an integral part of their existence a rich and complex body of legend, myth, religious practice and encrusted tradition. These qualities required years, even a lifetime of study in order to assimilate the system.

As he engaged in cultural archaeology, restoration and preservation of the Burmese martial arts culture, the impossible task facing U Ba Than Gyi was this: how do you test the validity of the myth? He began to sort out family legends, stories, myths and traditions which could not be verified, and began to reduce his information to a system of principles. He left his son volumes of encrypted notes on the systems and principles he unearthed.